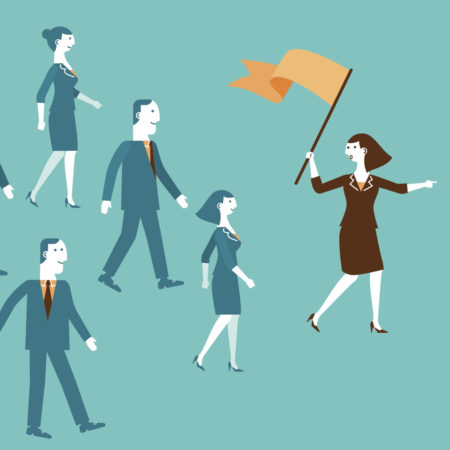 Debbie Huffine has been the face and the heart of Bestway in southwest Missouri for the last ten years. If your cargo has moved under Debbie’s watch, you’ve seen that there’s no doubt that she cares about her clients on a personal level. “It’s part of who I am,” she says. “We’re going to give that service because we’re accountable.”

She takes that accountability to a higher level. Even when Debbie is out of the office, she believes in looking after the clients who have put their faith not just in Bestway, but in her. She’s still checking to make sure things are going smoothly, clients know who will be taking care of them, and ensuring that those connections go off without a hitch. It’s that special attention that keeps them coming back.

Debbie began her career in logistics coming from a background as a cosmetologist and found herself with both feet in the fire. It was here she realized her talents as a self-starter, and her passion for the field that earned her a President’s Award for sales earlier in her career. “You run your business, your territory like you’re the owner, because you are,” Debbie says of her positive and service-minded approach. It was this philosophy that caught the attention of Jay Devers and to Bestway.

“Debbie is proud of her accomplishments and rightfully so”, say Devers.   “Working alongside her for 10 years now has been one of the privileges of my time here.   Among her many contributions, I think my favorite are the examples she has set of all of us, far beyond the world of logistics.”

She attributes her longevity with the company to the corporate culture. She says that Bestway cares about their staff as growing people, that they’re there for you through the normal ups and downs of life to both celebrate and support. They check on you. It really is being part of a family.

With a whopping twenty-three years in the industry, Debbie’s advice for junior professionals who want to succeed is simple. “Have a passion for what you do. Care about the customers and not just the numbers.”; a true embodiment of the Bestway philosophy.

When asked what’s next for Debbie personally and professionally, she had this to say, “I’m still challenged by my career and still very much goal-oriented. I love what I’m doing. I love to travel and have an overseas trip planned in about a year. My grandchildren are moving closer, and I’m excited to be able to spend more time with them.”

We feel Debbie has been a great example to others not just in our organization, but in our industry to highlight the benefits of hard work and persistence. We’re thrilled to congratulate Debbie on ten great years with us, and we’re excited to see what the next ten bring.