A Midwest Approach to Container Congestion 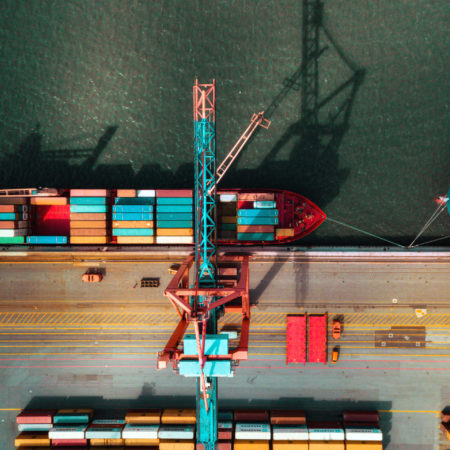 Los Angeles and Long Beach, California are getting bogged down with millions of containers the focus has been honed onto their issue to get the congestion cleared out so things can run more smoothly. However, in this process, other ports such as Savannah, New York, and New Jersey, are all experiencing congestion of their own with little to no help in sight.

With around 70 container ships waiting off the coast at Los Angeles and Long Beach ports, the wait time to be processed is growing exponentially as more imports make their way from Asia. This is creating a bottleneck issue that is causing ships to go from the west coast, through the Panama Canal, and up to the east coast where things are starting to congest badly as well.

The shift to the east coast is slowly gaining traction and the Savannah, New York, and New Jersey ports are struggling to keep up. At one point there were 24 ships waiting for berths at the Port of Savannah. In New York and New Jersey, there were 7 to 9 ships awaiting berths and through the months of August and most of September, there were anywhere from 4 to 5 ships waiting on any given day.

The container dwell times in Savannah have been averaging 9.2 days, way above their usual 4 to 5 days. In New York the time has doubled from their usual to 6 to 7 days. The growth at these ports has been extraordinary in the last fiscal year. By June Savannah saw a 20% increase in container volumes.

The ports in New York/New Jersey, Virginia, Savannah and Charleston handled a combined 900,326 TEU’s in August. That’s nearly 11% more than the year before.

The problem of congestion goes even beyond the ports. With a lack of trucks to move the products, a congested rail network to get the products off the docks, things are a mess right now. The Los Angeles port itself states in one report there are 16 containers per every available truck.

While Southern California is getting all the attention, the congestion is universal. “Everyone is so focused on Los Angeles/Long Beach that the other ports are getting passes,” said Craig Grossart, senior VP Global Ocean at Seko Logistics. “Savannah is a mess. New York/New Jersey ports are a mess and I think every port is probably struggling with congestion, but with the new benchmarks at LA/LB, NY/NJ and Savannah, they don’t seem so bad in comparison. So now, ‘our dwell times are just five days’ has become a rallying cry of sorts.”

There seems to be little benefit in diverting the traffic, however, as he explained that there is a first-mover advantage, but when the lemmings follow the same problem arises as in Los Angeles and Long Beach.

With 40% of the traffic going through the Southern California ports, even a minor shift from them would completely overwhelm the other ports.

The east coast ports say they are making efforts to boost efficiency and capacity to help counter congestion issues.

In these times of congestion and trouble, there is some hope, however. Bestway, located in the midwest, can pivot or expedite when they need to in order to break off pieces of a shipment and send by air to ensure inventory gets on the shelves while goods are in transit on the ocean. They are here to help in every way they can to get your goods to you and are there to make sure things run more smoothly. With ports on the east coast getting bogged down from the excess from the west coast, they can step in and help out to prevent further congestion and delays in getting your products and goods on shelves. With Bestway, the logistics industry can rest assured they are not alone.