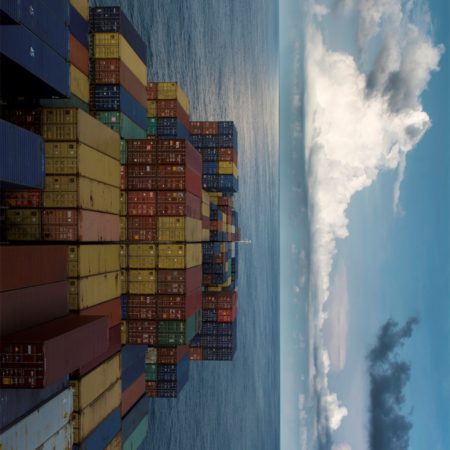 Halfway around the world, the Suez Canal sees 12% of the global supply chain trade pass through the connector between the Mediterranean and Red Seas. On Tuesday, an Ultra-Large Container Vessel, or ULCV, suffered a “blackout” and drifted sideways, fully blocking the southern part of the Canal where the passage allows for a single lane of ship traffic at a time.

The story of the Ever Given quickly moved from the purview of logistics companies like Bestway into the mainstream global media, first because of the sheer size and scope of the visual, but more rapidly because the impact to global trade at a time when containers are out of position, ports are congestion and rates have skyrocketed is just one more thing for global buyers and sellers to worry about.

The vessel is 400 meters in length, or as long as the Empire State Building is tall and has a capacity of 20,000 TEUs. And from the pictures on the scene, she was full, en route to Rotterdam from China. 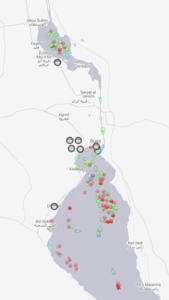 If salvagers cannot dislodge the vessel from her position, the ship may need to be lightened and that will require discharging containers and bunker fuel, a process that could take weeks. Meanwhile, as you can see in this picture, the traffic accumulating on the north and south ends of the Canal in the Mediterranean and Red Seas is piling up. (Each dot represents a vessel)

So the ship is stuck. Sideways. It reminds people a lot of this scene from the classic film Austin Powers.

When the supply chain goes sideways – as they have for the past fourteen months – what can a company do to straighten things out?

There is always an option to move cargo internationally.

Bestway’s global network of partners have become proficient this past year in working closely with our airline and steamship partners to identify those services which have remained mostly fluid and operational through the pandemic. We also have access to cargo airlines, charters, and the “phreighter” networks operated by passenger carriers who have relied on cargo – like United Airlines who operated 11,000 cargo-only flights since virtually shutting down their international schedules.

Make time up with transloads and expedited domestic trucking.

Yes, there are weeks-long delays in Southern California and drayage issues in New York, but Bestway knows how to step in and get cargo moving. We can divert cargo to clear and transload at the port of arrival rather than waiting for inland movement by rail. Once available, we can work with our warehousing and transportation partners to segregate and coordinate deliveries to single or multiple recipients, possibly bypassing a superfluous stop in the supply chain at our client’s warehouse to get it straight in the hands of their customer.

No containers? No problem – move it domestically to the port of departure.

Carriers are hoarding containers water-side, wanting to quickly get the boxes back to Asia because they’re both needed and it’s in their financial best interest because of the current rate levels on the eastbound transpacific.

For our customers in the middle part of the country who are having difficulty finding boxes for exports, we are taking advantage of extremely competitive rates because trucks are looking to get back to the coasts to take more lucrative loads inland. Those same warehouses that are unloading import boxes can load export boxes and we can negotiate with carriers to offer prices that allow them some revenue with little additional cost to get containers back to origin.

Bestway has the people, the network, and the solutions to keep things going. 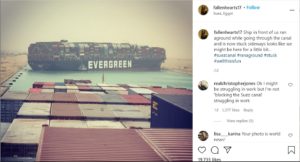 Face it, if you’re looking at this picture, you’re probably wondering “what’s next” and feeling frustrated.

It’s our job at Bestway to eliminate that feeling and let you know that yes, there is a way out and we’re the right ones to help lead the way.