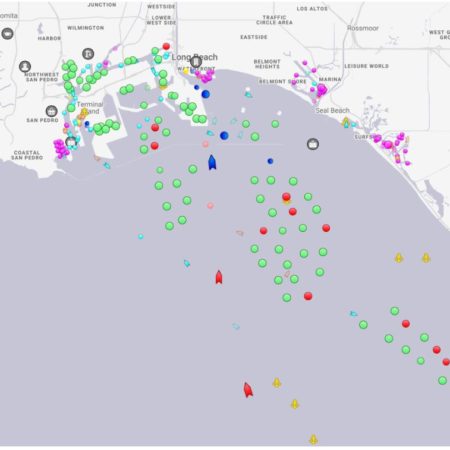 On February 12th, China and many surrounding nations throughout Asia will celebrate the Lunar New Year. This year, it is the Year of the Ox, and it seems safe to say that for those who remember the tale of Paul Bunyon if Babe the Blue Ox was available to pull a wagonload of containers across the country, shippers would be asking where to sign up.

In a “normal” Lunar New Year season (see 2019 and prior), there would be the usual push to get everything out of factories before the largest human migration on earth takes place, with people returning to their home cities and villages to celebrate the new year. Customs authorities close for extended periods of time, and carriers begin to “blank” sailings – or cancel scheduled calls.

These blank sailings are usually to the carrier’s benefit for two reasons. First, without any cargo to operate, the profitability of the sailing turns negative. Second, it gives the vessel operator a chance to put a ship into drydock to perhaps perform scheduled or necessary maintenance before returning to service.

Last year, hundreds of sailings were canceled because factories did not reopen for weeks after the holiday owing to travel restrictions that not only ceased many passenger rail and air operations but also required that people shelter in place and were not permitted to travel between cities and provinces.

This dip in manufacturing was seen and felt in the ports of Los Angeles and Long Beach, who for the first quarter of 2020 saw double-digit decreases in volumes.

Fast forward to today, and the precipitous dip has been replaced by a perilous bubble of record congestion, record rates, and an outbreak that threatens to grind port operations to a halt.

“Alphaliner has identified 41 containerships at or near to the San Pedro anchorage awaiting a berth at the beginning of this week, equivalent to a total capacity of 336,500 teu. Including the 27 ships already at berth on Monday, the total container fleet currently in the Los Angeles/Long Beach area represents a capacity of no less than 579,100 teu.”

Some ships have been moored in place since the last week in January awaiting their turn to be unloaded. When they do berth, they’re loaded with as many empty containers as possible – containers which American exporters have been complaining are not available to ship their products.

The consequence for this is that carriers are now choosing to blank and slide sailings not for lack of cargo in China, but for lack of vessels in place to meet their fixed-day sailing commitments. This, coupled with reporting that more factories than usual are remaining open during Lunar New Year because the Chinese government does not want people traveling for the holiday this year is creating backups and delays at origin ports as well.

Don’t buy fire insurance when your house is ablaze.

On its face, this is sound advice. For shippers who are trapped by record-high spot rates and record low availability, the process of beginning contract signing season with rates at record levels is an unappealing prospect. So unappealing, in fact, that many discussions are being postponed by several months in hopes that these record highs abate to something closer to figures that shippers forecasted even during the tumult of 2020.

There are few signs, however, that carriers will budge. For those who announced results already, the news for their shareholders has been plenty positive. But for shippers whose goods are trapped at anchor or whose containers are accruing Demurrage or detention on piers, there is little pity to be had.

Up and down the west coast, longshoremen are dying, joining the more than 450,000 Americans who have lost their lives to the virus. PMA President James McKenna, speaking to the Propeller Club of Northern California on February 2nd, reported that 74 longshoremen had died and nearly 900 were infected – in LA/LGB alone.

These are skilled individuals who operate gantry cranes, straddle cranes and keep the port operating, such as it is at the moment. The FMC has written President Biden to prioritize vaccination of the workforce.

Bestway continues to monitor and proactively seek solutions for our customers.

Is it a mess? Yes – absolutely. However, we are working more closely than ever with our customers to ensure that transparency and planning can win out the day. Prioritizing the most important cargo, flexibility in carriers, routings, and willingness to accept spot pricing when needed are the ways that we are working to combat the situation. If cargo needs to be expedited, we have air freight options from Asia before departure and can trans load and offer expedited road options utilizing our truck brokerage teams.

For more information on how Bestway can identify and offer solutions to west coast congestion problems, contact us today.