USTR offers some September 1st China duty reprieve – bifurcates to “A” and “B” sub-lists. UPDATE – Sept 1st list “entered or withdrawn” by that date. 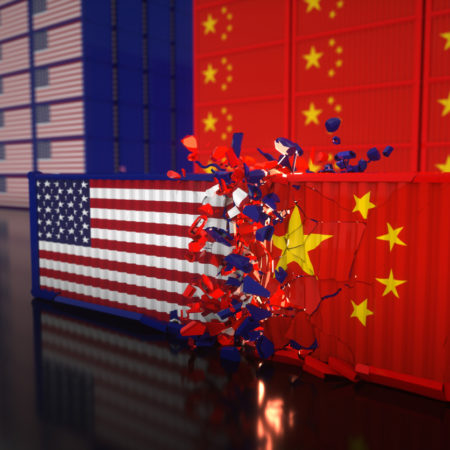 UPDATE – THURSDAY, AUGUST 15TH – Today the USTR has provided the language for what will be published in the Federal Register most likely tomorrow on what merchandise will be subject to the additional 10% duty on September 1st. You can read the draft Federal Register notice on USTR’s site HERE, but note that they state that the 10% will apply to merchandise, “entered or withdrawn on or after September 1, 2019.” This means, realistically, that it will apply only to ocean freight already in transit and air must depart in the next two-plus week.

On Tuesday, the United States Trade Representative (USTR) announced a partial reprieve for HTS numbers on their “list 4” which was announced in May. The list has now been split into 4A and 4B, with items on the 4A list subject to additional 10% Section 301 duties effective September 1, 2019, as scheduled. A second list containing more consumer-centric items like laptops, cellphones, video game consoles and some toys and apparel has been created and the effective date for the new 4B list is December 15, 2019.

The USTR, in their vaguely worded press release, said that items were removed from the list, “…based on health, safety, national security and other factors and will not face additional tariffs of 10 percent.”

Of small, but positive, consolation for importers with products on the 4A and 4B lists is that the agency stated in writing they are committed to an exclusion process as they have on the previous three lists.

The as-yet unanswered question for importers looking at the September 1st date is whether or not as with previous lists, the interpretation is for goods exported by September 1 of if entry must be made by August 31st. The latter will create a crush of bookings by air and sea between now and the end of the month. The former would mean a rush on air freight with ocean cargo virtually unable to meet the requisite deadlines.

Sadly, despite the President’s August 1st announcement of the imposition of these duties, thirteen days later the administration still has not clarified which date(s) are applicable and the agency offered little guidance, instead saying they’ll publish additional details in the Federal Register “as soon as possible.”

Susan Kohn Ross of the law firm MSK reports that Peter Friedmann who monitors activity in Washington on behalf of the Pacific Coast Council, has reported that USTR staffers who briefed Capitol Hill informed them it would be the date of importation, meaning zero time for ocean freight and a panicked rush by air.

However, she cautions that until both the lists and the guidance are published in the Federal Register, the trade is operating only from a position of conjecture without official confirmation.

Bestway International understands our customers are facing difficulty in making decisions that affect their business without concrete guidance from the relevant government agencies. We continue to monitor announcements from the USTR and are watching the Federal Register and will share that information as soon as it becomes available.

For now, importers who wish to review the HTS numbers on each of the lists can do the following: