The U.S. Fights Back: Additional Tariffs on $200 Billion of Chinese Imports 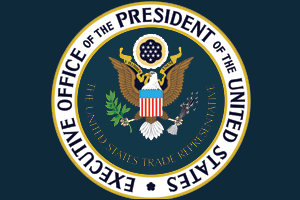 The USTR has just released breaking news that the United States will be increasing tariffs on an estimated $200 billion worth of Chinese imports. This action, directed by President Trump, is in response to China’s ongoing practices of unfair and non-reciprocal trade with the U.S.

Effective September 24, 2018, these tariffs will be set at 10%, increasing to 25% by the start of 2019. The USTR has released a detailed list of the imports being affected, based off the original proposed list from July of this year. In March, the USTR and Section 301 Committee revealed their findings specific to China’s unfair practices towards the U.S., which can be summarized as “unreasonable, discriminatory, and burdensome” to U.S. trade as it relates to technology, intellectual property, and innovation.

The USTR made an attempt to negotiate with China, both in June and in August, releasing two lists of Chinese imports valuing $50 billion annually, asking for them to respond fairly. China has refused to change its unfair policies and procedures. Despite this, efforts will continue to be made to restore healthy and fair trading. In the meantime, a formal notice is due to be published in the Federal Register.